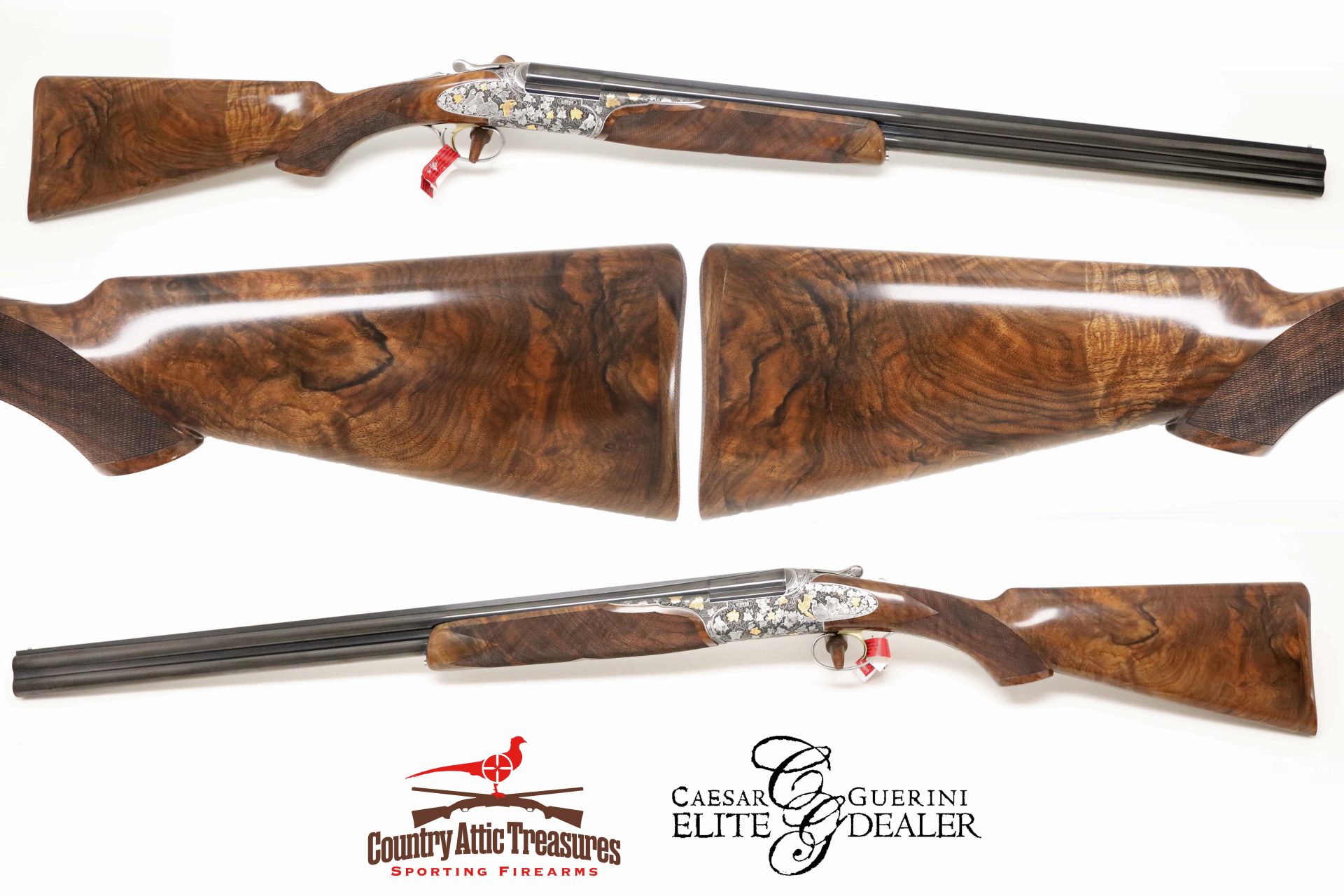 This Caesar Guerini Revenant is the second example that we’ve had in store, and the first that has hit the store floor. It is chambered in 20 Gauge with 28″ barrels, and it is now in stock, and available.
From Guerini: What if a company could use modern technology to make a shotgun that had the same qualities? That is the concept behind the new Revenant by Caesar Guerini. By the use of the most modern production technology and clever engineering Caesar Guerini has created a shotgun that is one-fifth the price of shotguns featuring the same features made one at a time by hand.
The Revenant starts with a round body action famous for its graceful curves and ads radiused side plates to further enhance the lines of the action. The fore-end is graced with a winged fore-end iron and inletted escutcheon surrounding the push-button release, both the hallmarks of the highest quality shotguns. A long trigger guard blends into a swept back pistol grip to make the profile of the Revenant what can best be described as “racy”. The barrels feature a tapered solid top rib and mid rib.
To further the goal of making an extraordinary firearm, Caesar Guerini turned to a world leader in fine engraving Bottega C. Giovanelli and their Director and Master engraver Dario Cortini. His vision was to create a new and original motif for the Revenant utilizing organic forms instead of a common variation on scroll. To this end he drew a design of maple leaves and branches that are both elegant and evoke a hunting theme.